Here we have Adam’s 2012 Candy White VW Polo 6R feature as chosen by the viewers on Facebook (www.facebook.com/mdbimages). 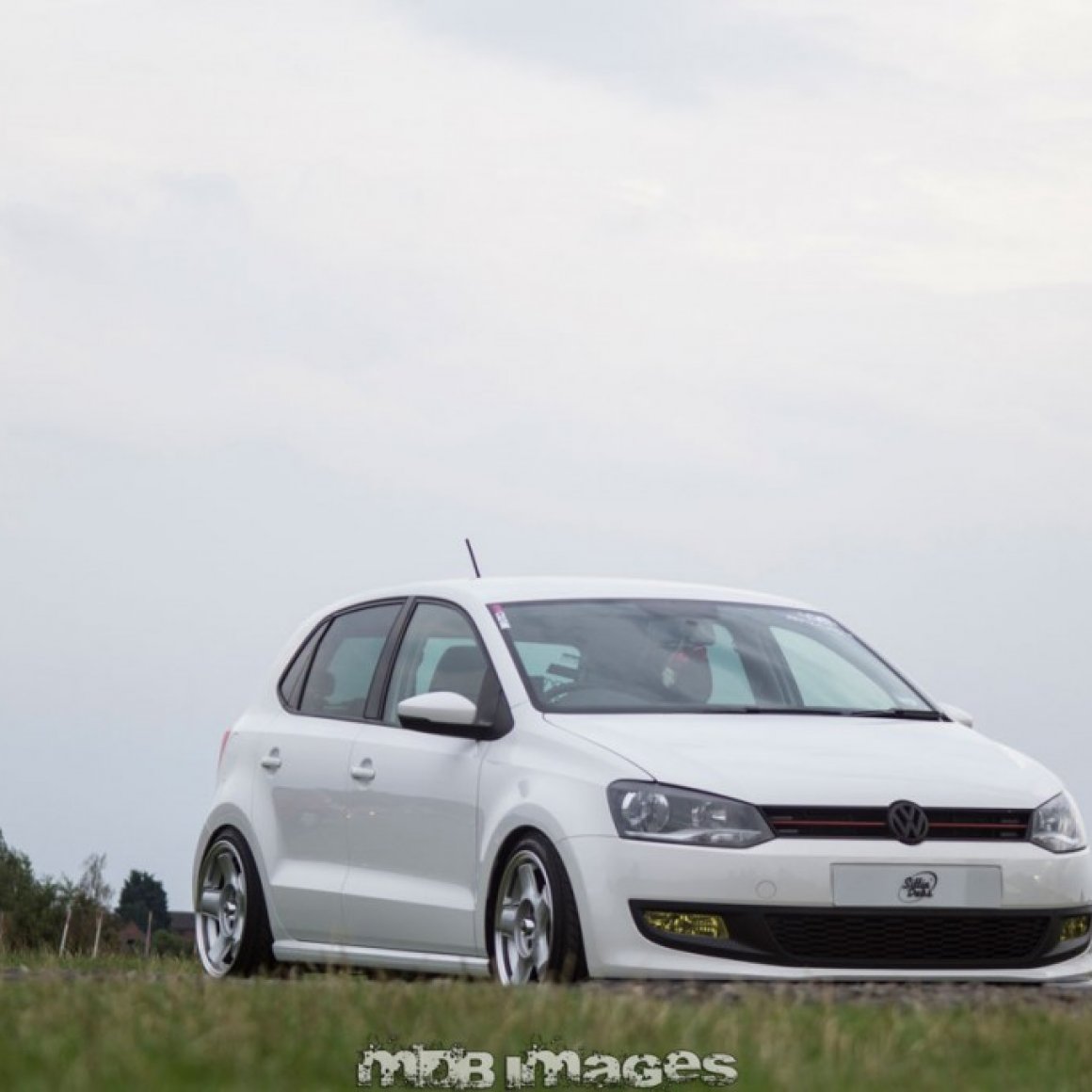 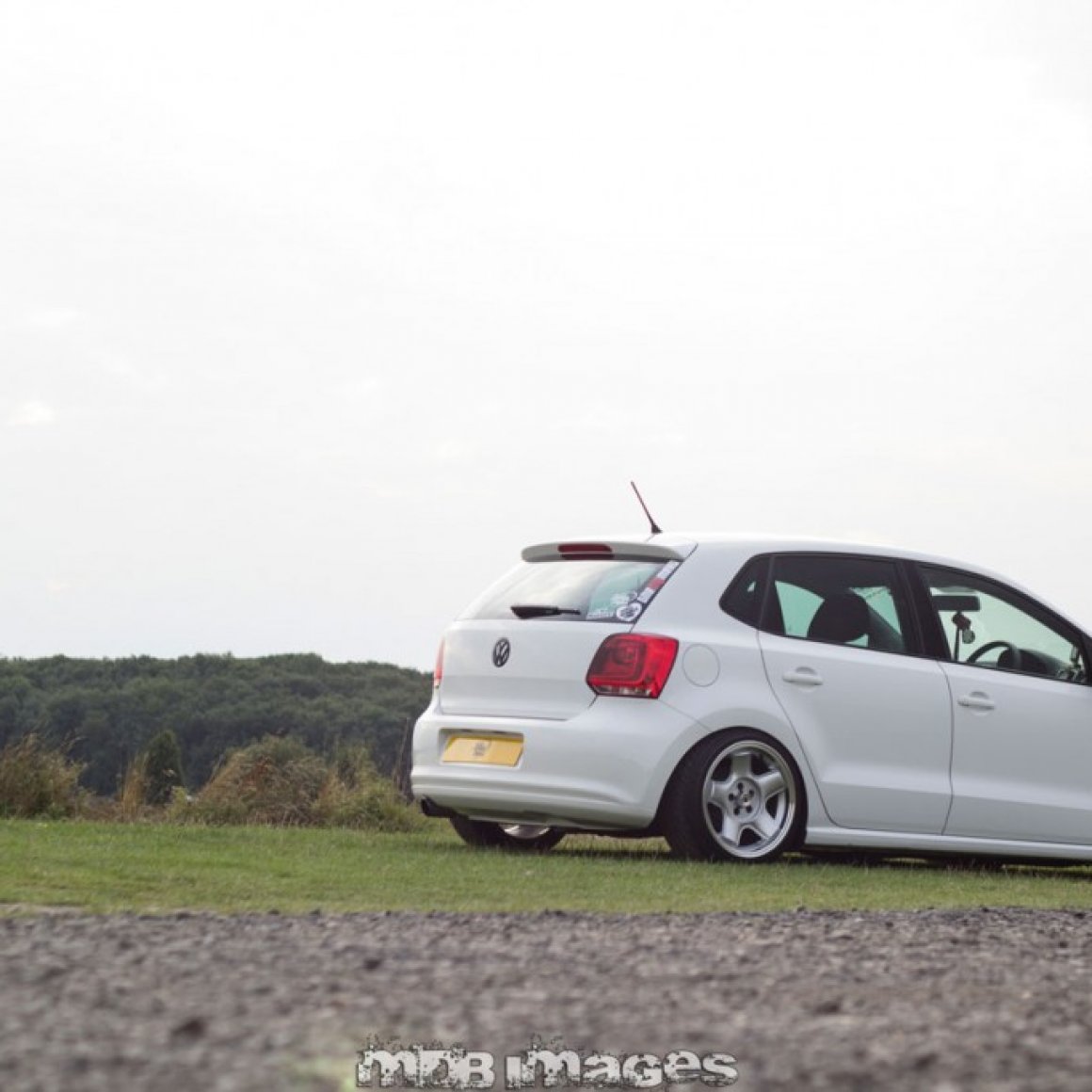 The car was bought factory standard and used like it for a short period while deciding on the plans for the car and then the decision was made to get coilovers and, as Adam put it, “Get it on the Floor”. So this was done and over the harsh winter he ran standard alloys. When the weather started to improve the wheel search began and he wanted BBS style wheels but could not afford the genuine article to begin with so bought some Dare DR-RS’s in 16″ x 8J ET25; this width and offset combination gave poke all round. These wheels lasted a few months but then started on the search again for something different and managed to source a set of genuine Schmidt Modern Lines, and to make this better they are a staggered set. The fronts are 16″ x 7.5J ET25 and the rears are 16″ x 9J ET25 with some nice concave difference in the rears compared to the fronts; but to get these to fit nicely at a lower ride height was a little challenge, on the rears especially, with some “Serious stretch needed” resulting in 175/50 on the front and 195/45 on the rears. 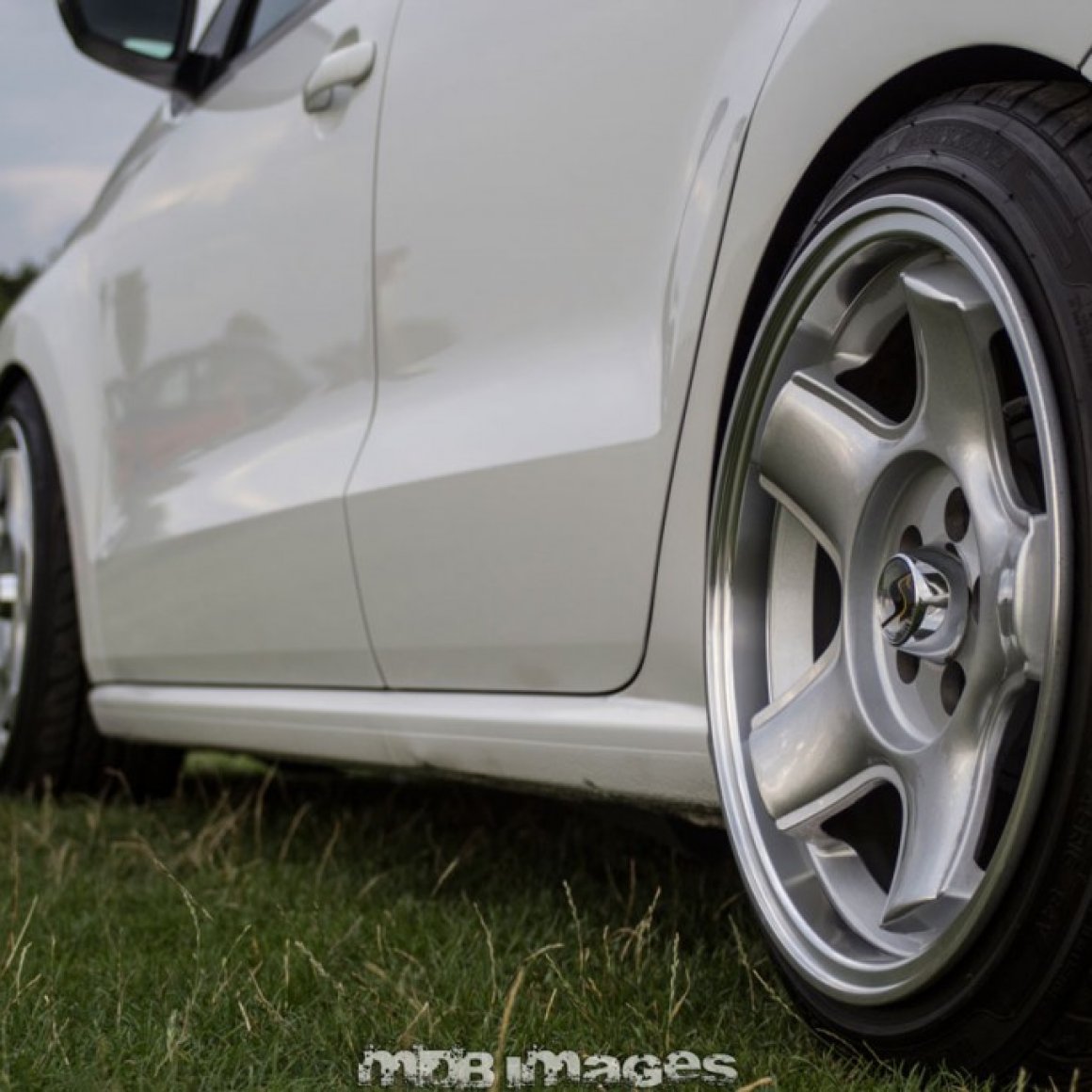 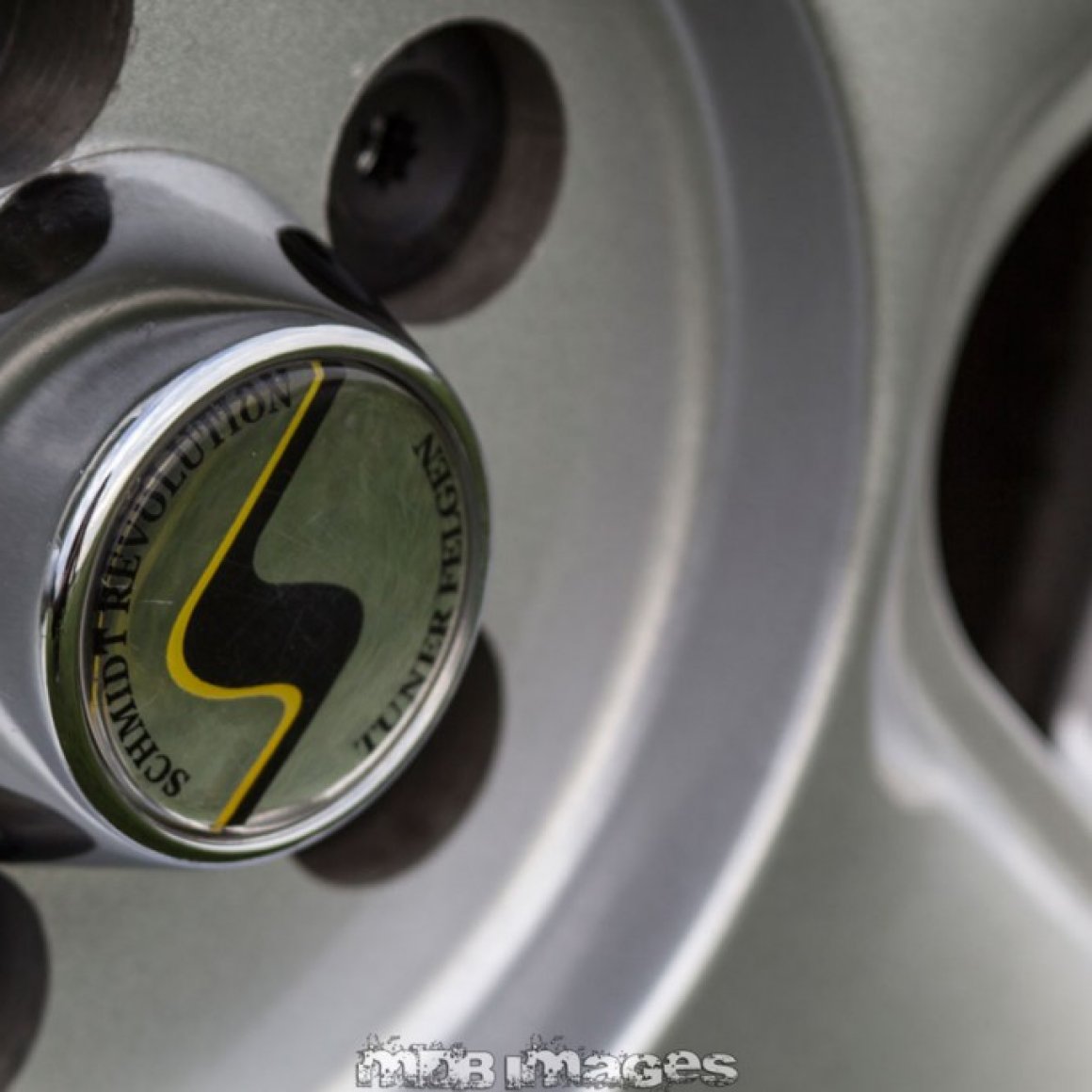 While Adam was doing all the modifying people decided they show their appreciation by leaving marks on the car; this started with someone keying the rear of the car and then someone driving into the rear bumper and killing that and an arch, but thanks to some amazing people over at Smarts, Rims and Customs that all got sorted. Then if that was not enough, as Adam described them “Some genuine human being” keyed the whole one side of the car, so after that was sorted a space in the garage was made for it. 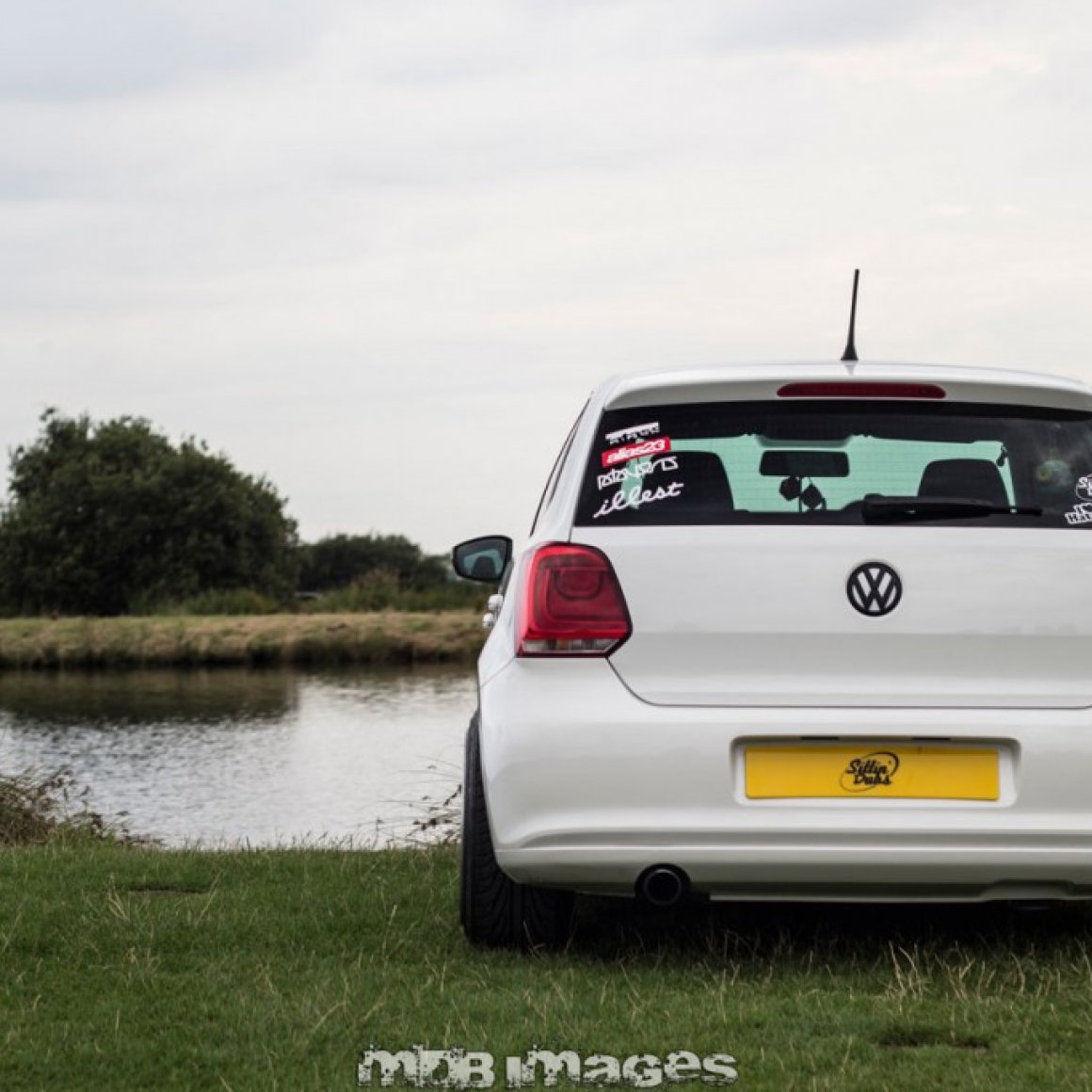 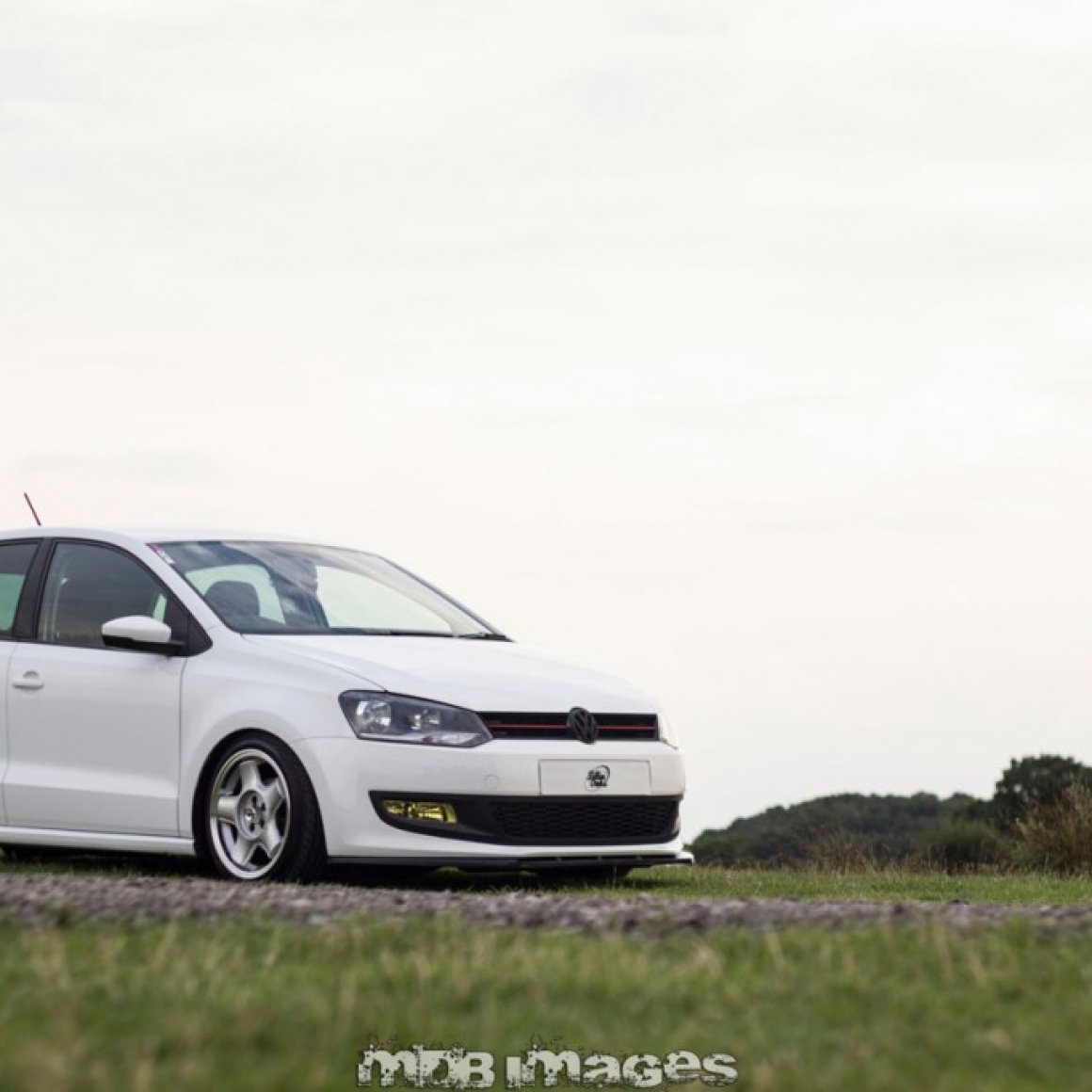 Other modifications include a splitter off EBay, custom red stripe grill on the front with a plastidip badge and the rear badge has also been plastidipped with white vinyl inserts. An Audi A3 exhaust tip (Chrome) attached onto my original exhaust has also been added to clean up the rear end and to finish the front and rear out at show some custom plates have been made to represent “Sittin’ Dubs”, Adam’s Club. Since the photoshoot the rear badge has been changed back to standard, chrome and black inserts and all stickers off rear window have been removed to give more of a clean look. 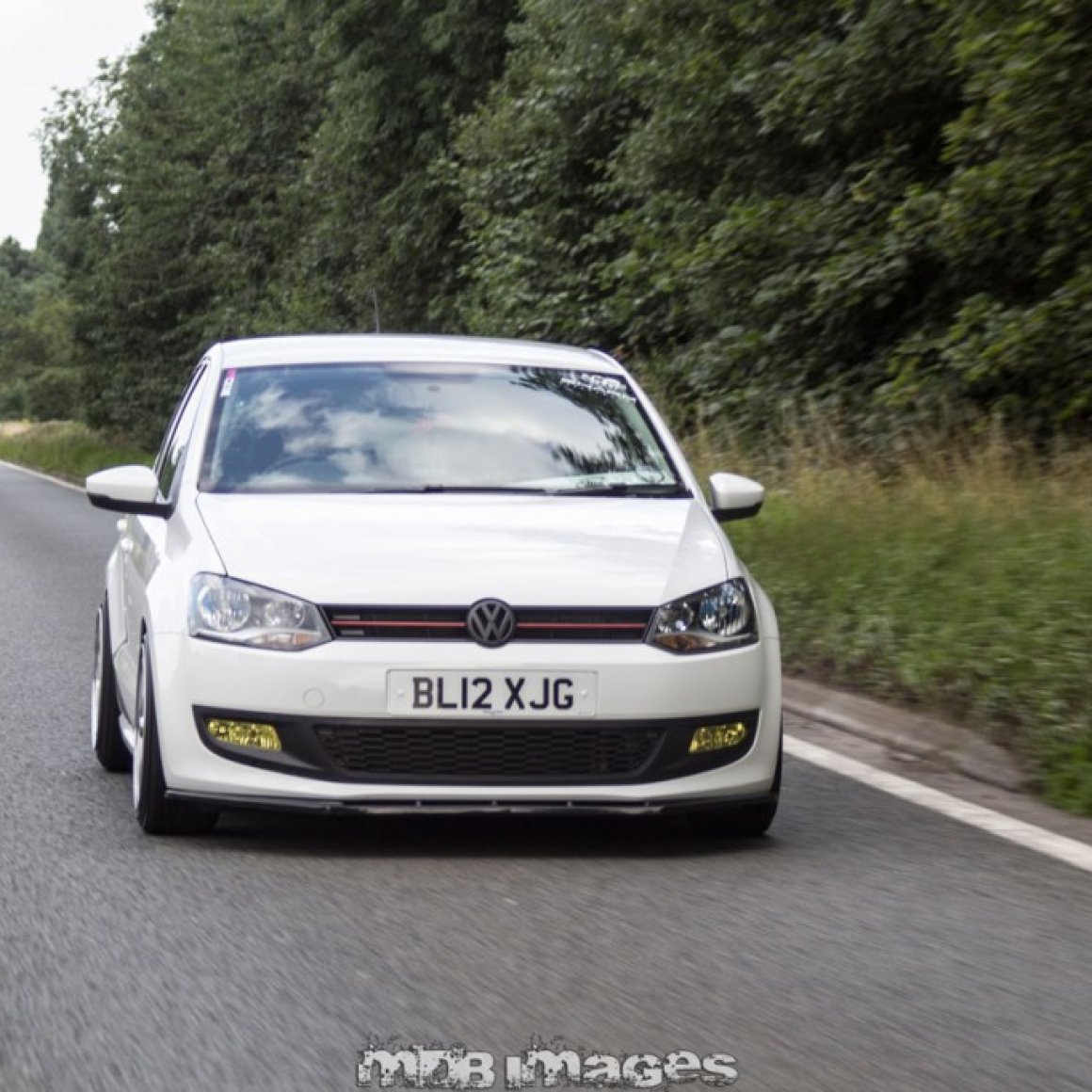 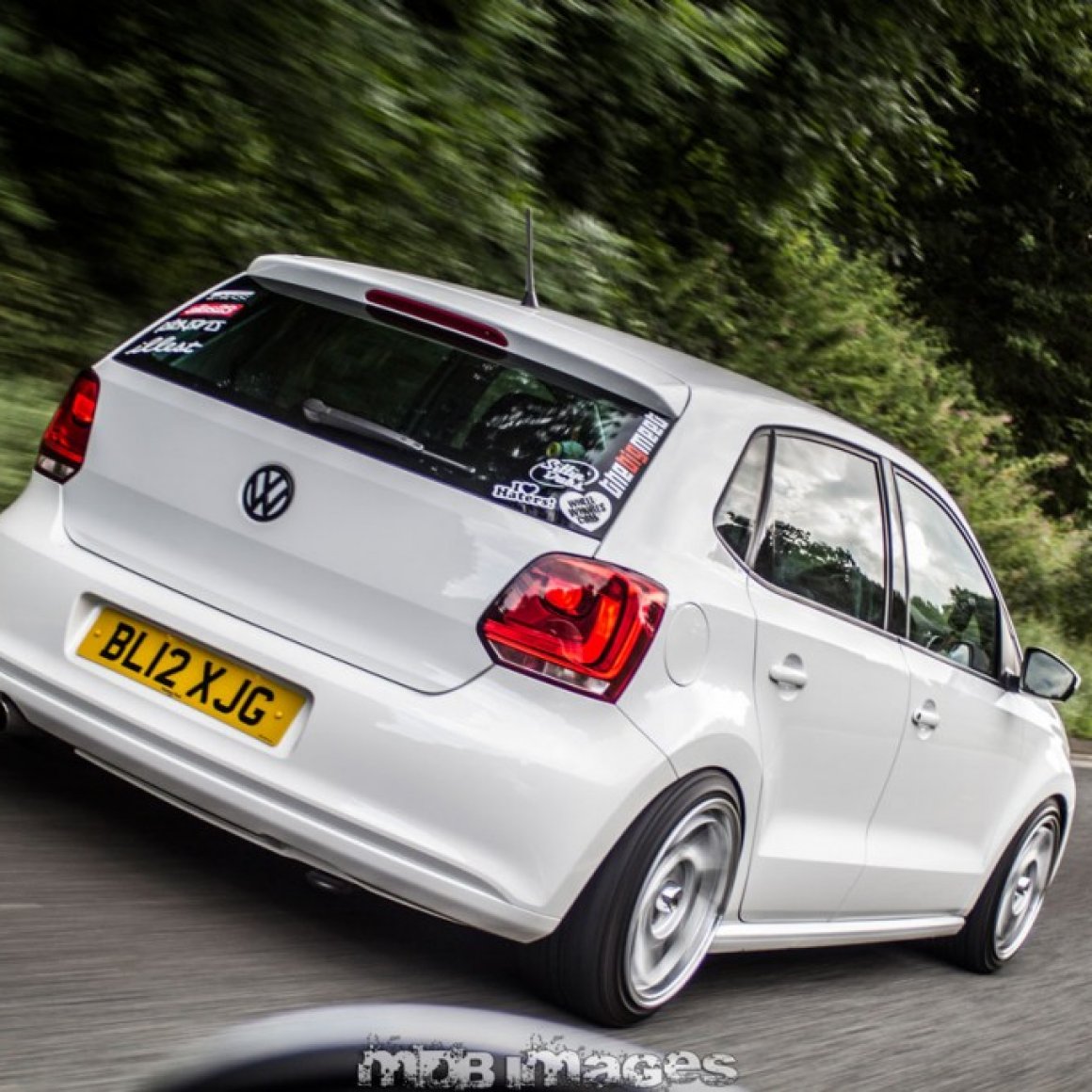 “I am loving my Polo 6R right now as it just keeps getting me compliments all the time and I have never seen a Polo 6R on Schmidt Modern Lines so kind of makes it unique to me which I am very happy about” Adam explained. So expect to see this around at the shows and don’t forget to check out Sittin’ Dubs on Facebook

Thank You again for visiting and hope you have enjoyed the feature.