Yesterday I had the rare opportunity to shoot a high end luxury sports car, a 2010 Aston Martin V8 Vantage. It wasnt a normal one either with it being lowered and having all the carbon extras inside and out. This beautiful machine sounds as good as it looks with the exhaust centre section changed aswell. 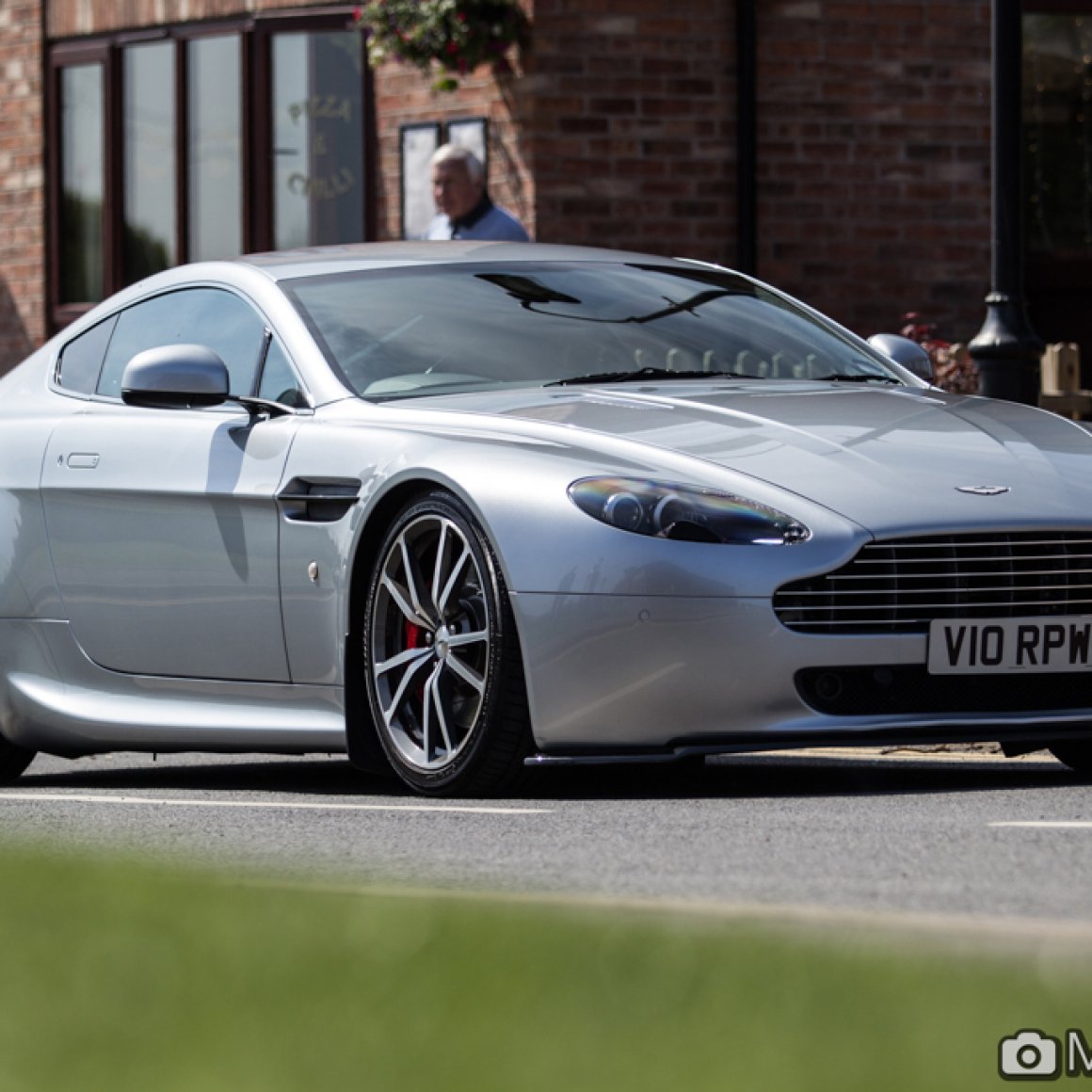 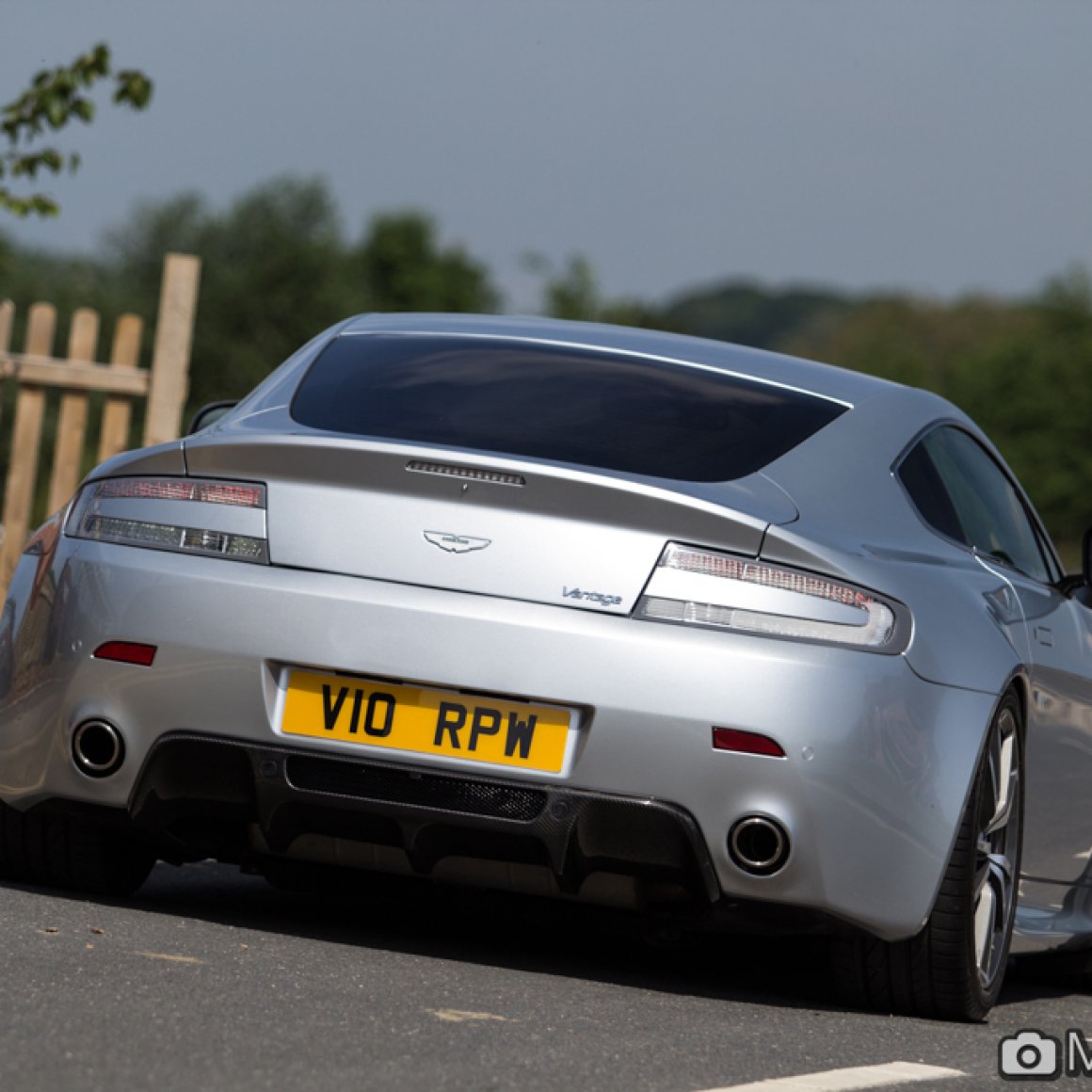 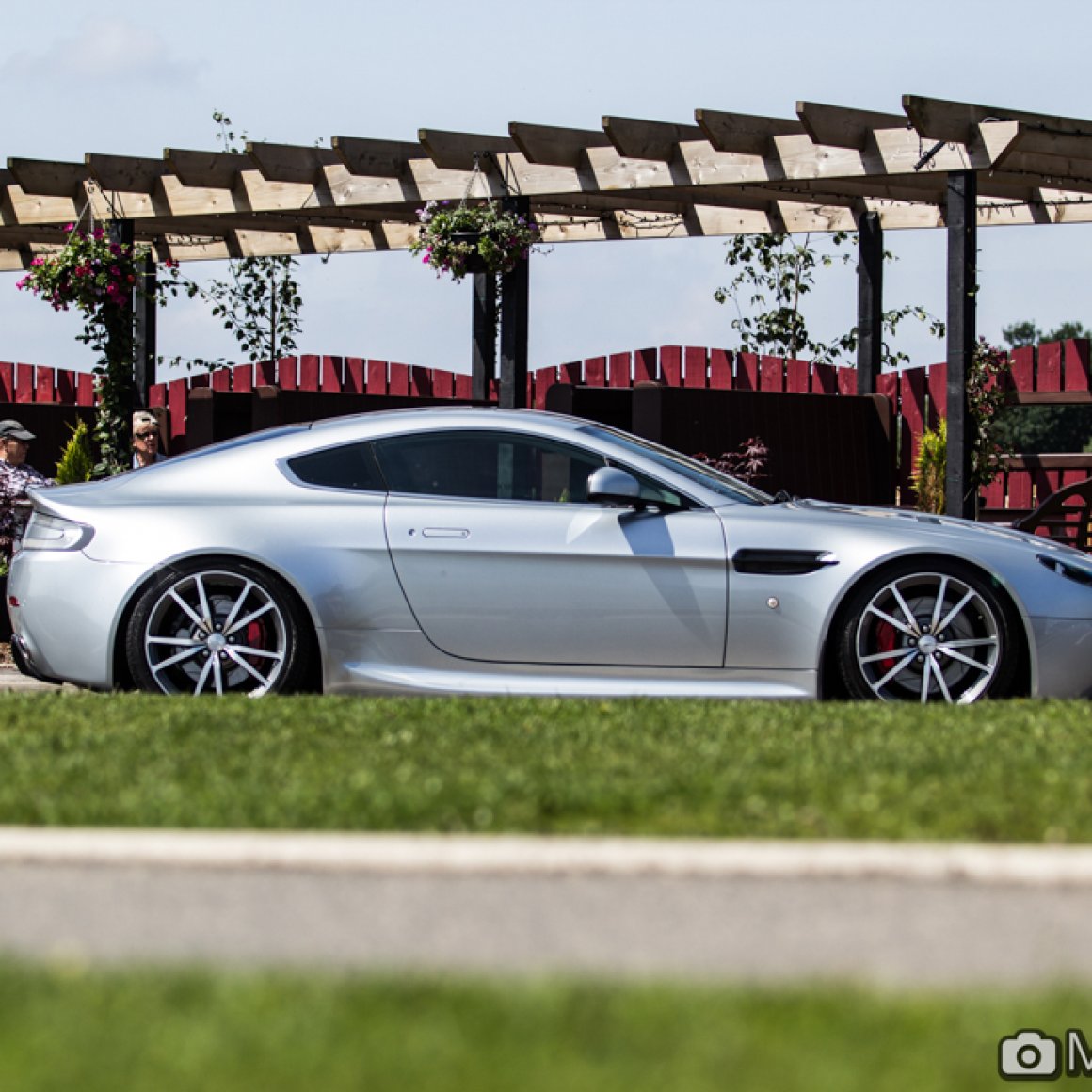 The detail on the car was immense and just goes to show how much time and effort is put into every car that comes out of the factory, this goes from the decals to the plaque on the front with the inspectors name on it. Then we come to the engine, and what an engine it is, this is another piece of art on its own. This particular one has the 4.7 V8 and it might look good sitting back in the engine bay but that is nothing compared to the noise and power it makes. It takes off like a rocket and the noise makes the hairs on the back of you neck stand up. 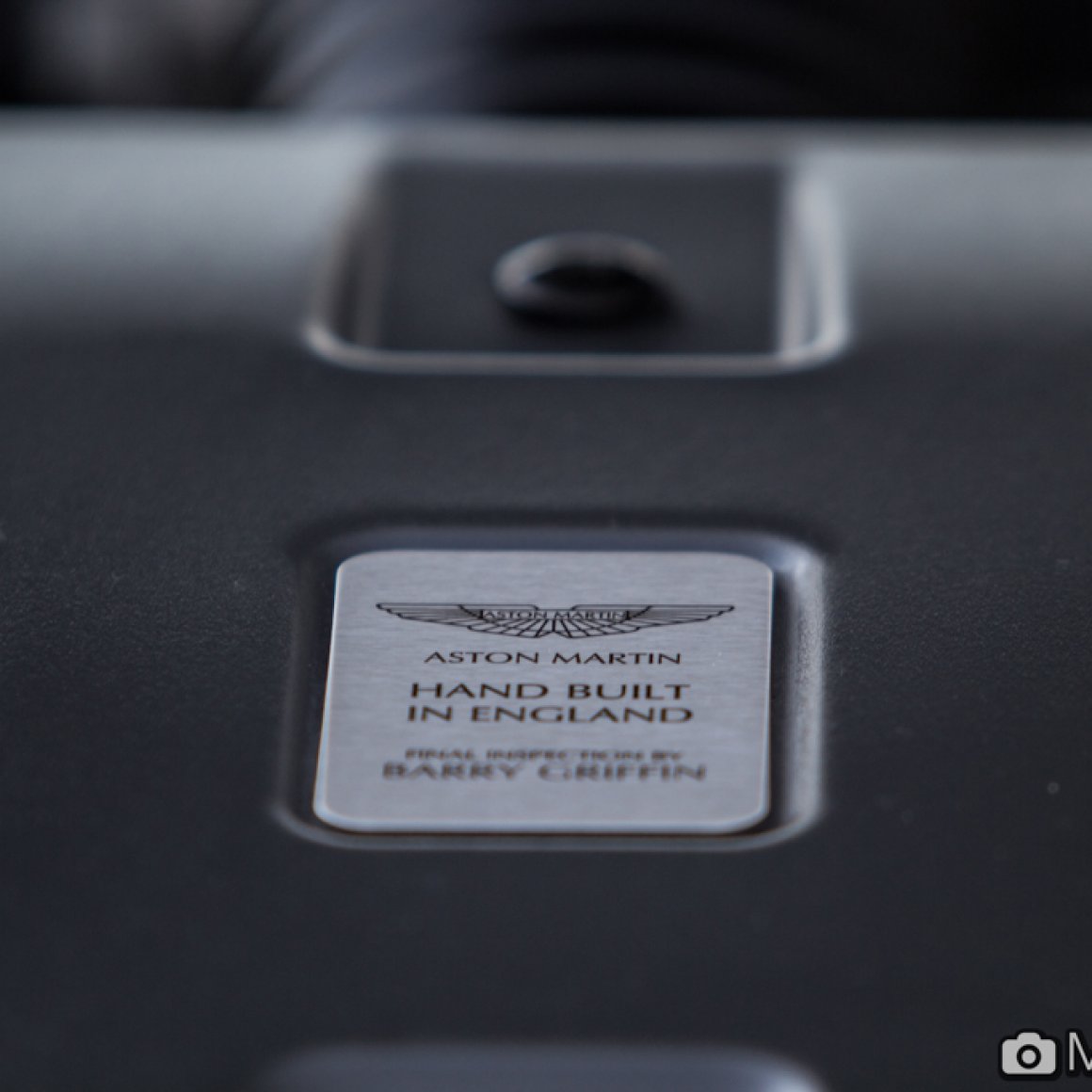 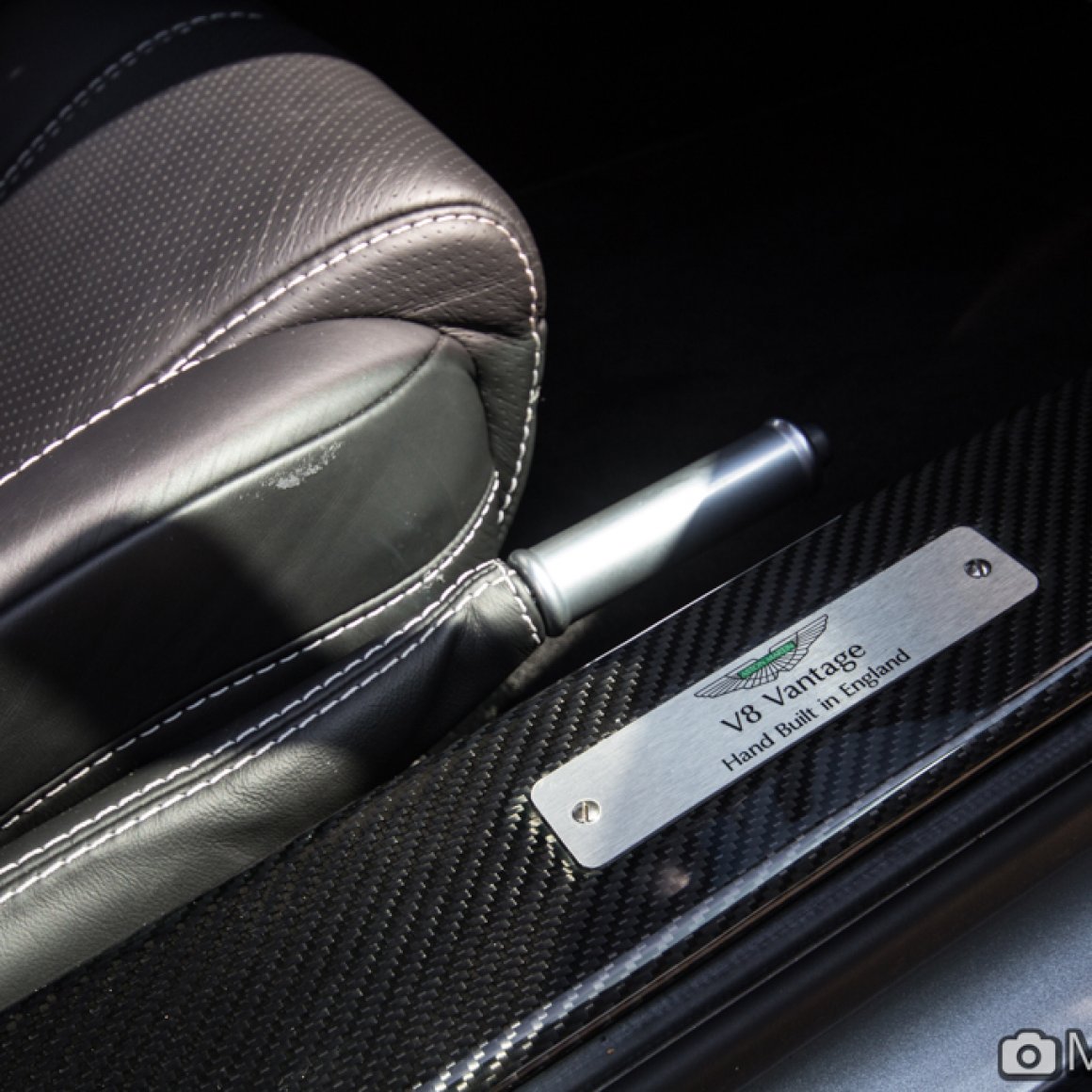 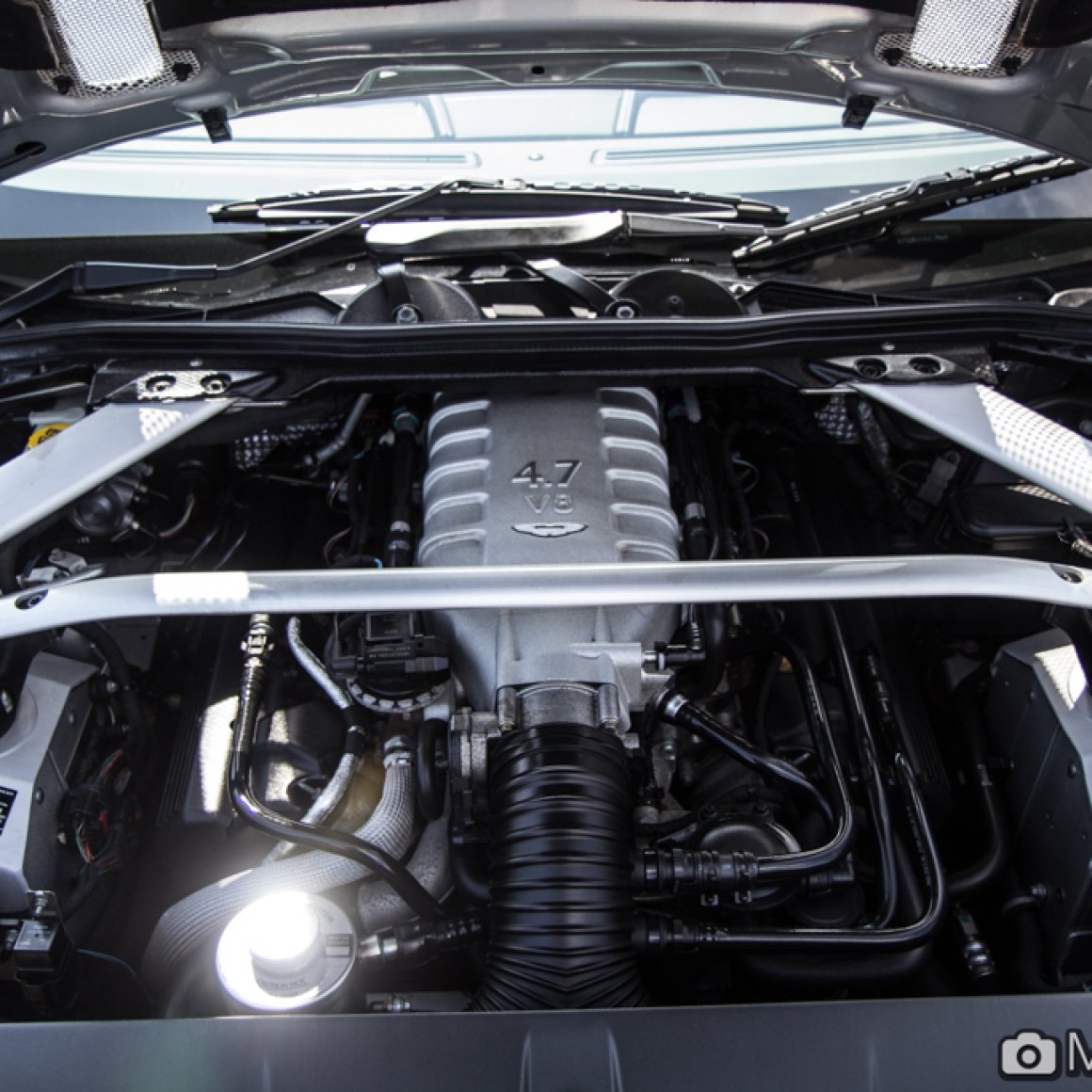 When Richard bought this car it didn’t have any of added extra bits like the carbon so he decided this would be the first thing to change, he went straight to the Aston dealer and bought the whole carbon kit (splitter/diffuser/wing fins & door inserts) and then fitted them all himself, and for me those with the added lows look absolutely amazing 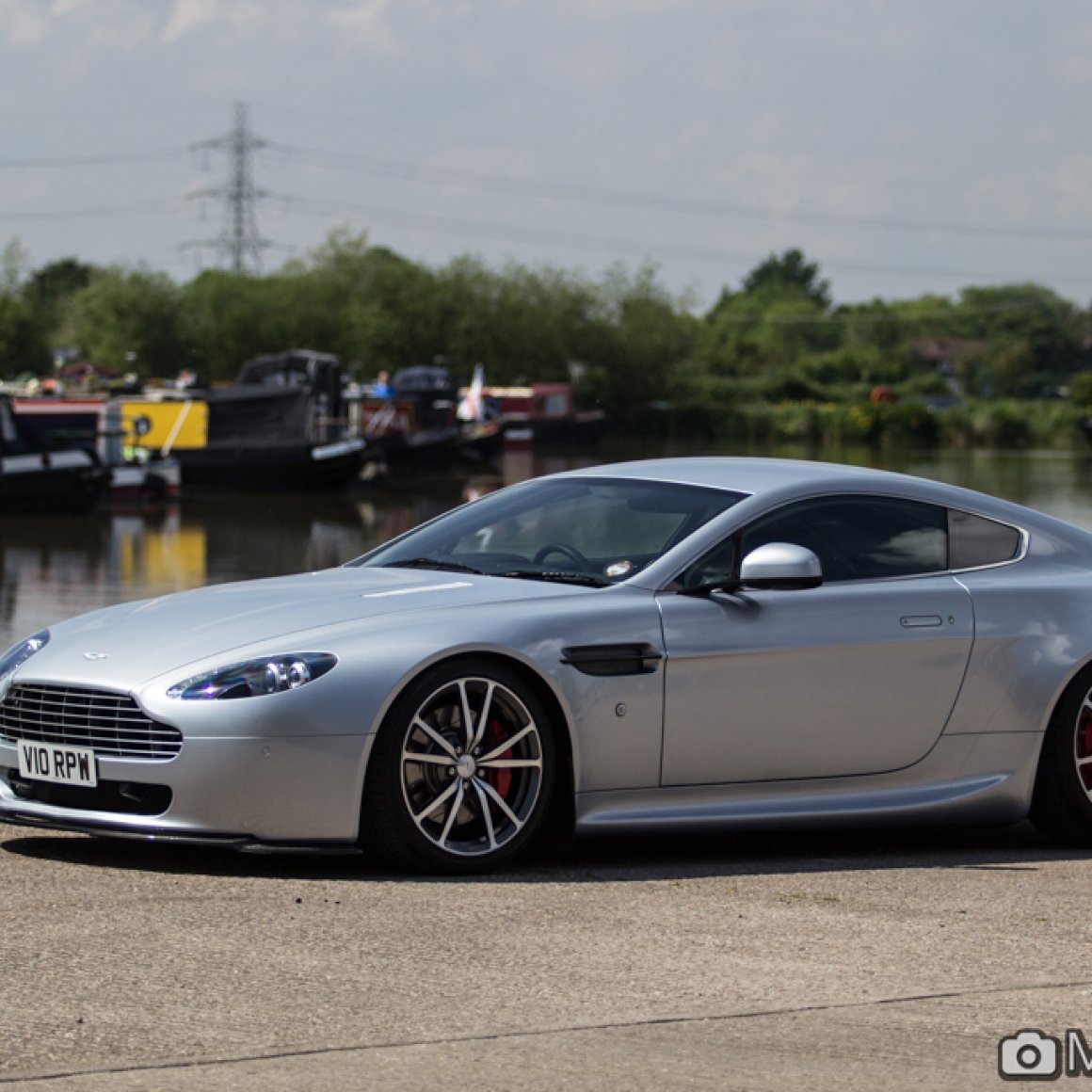 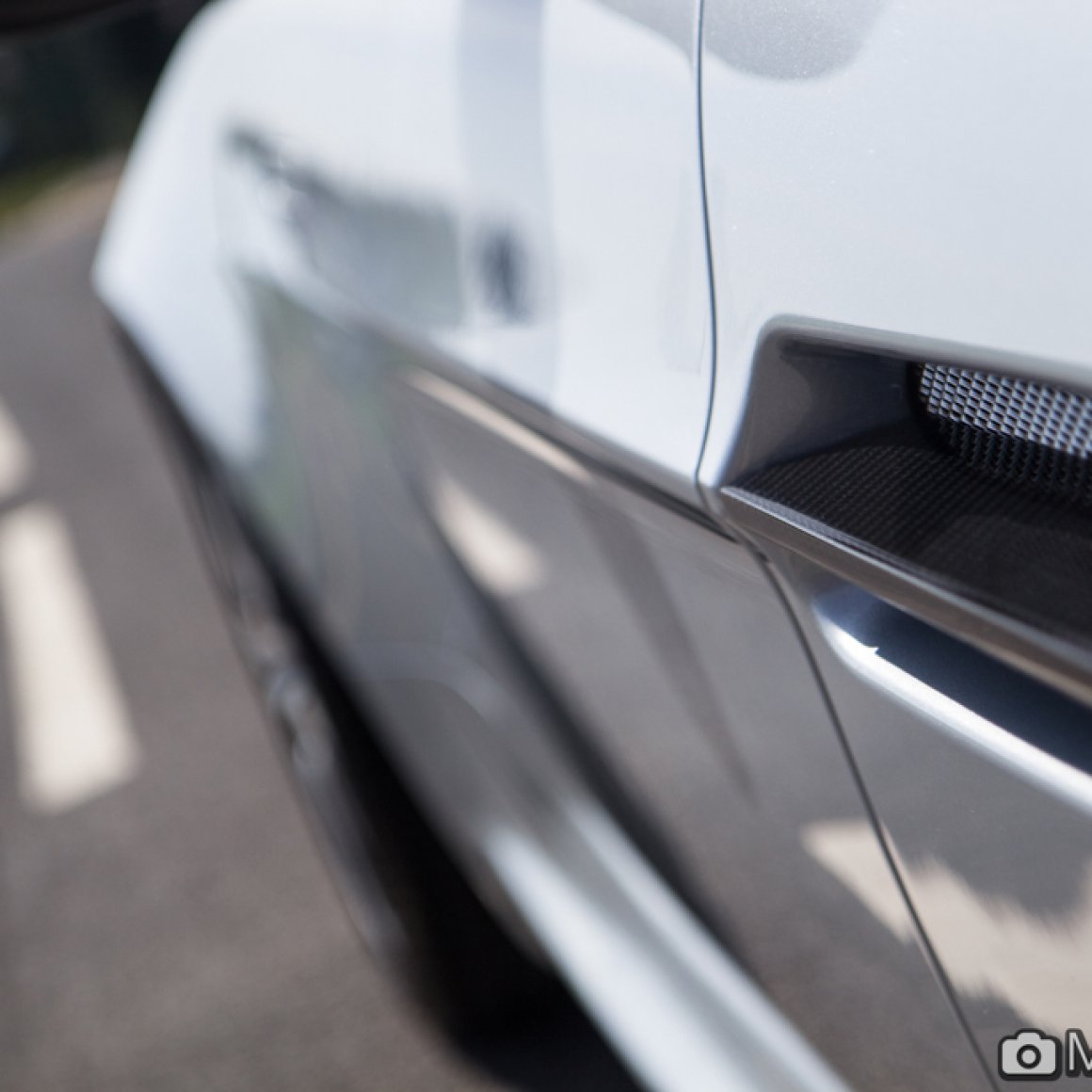 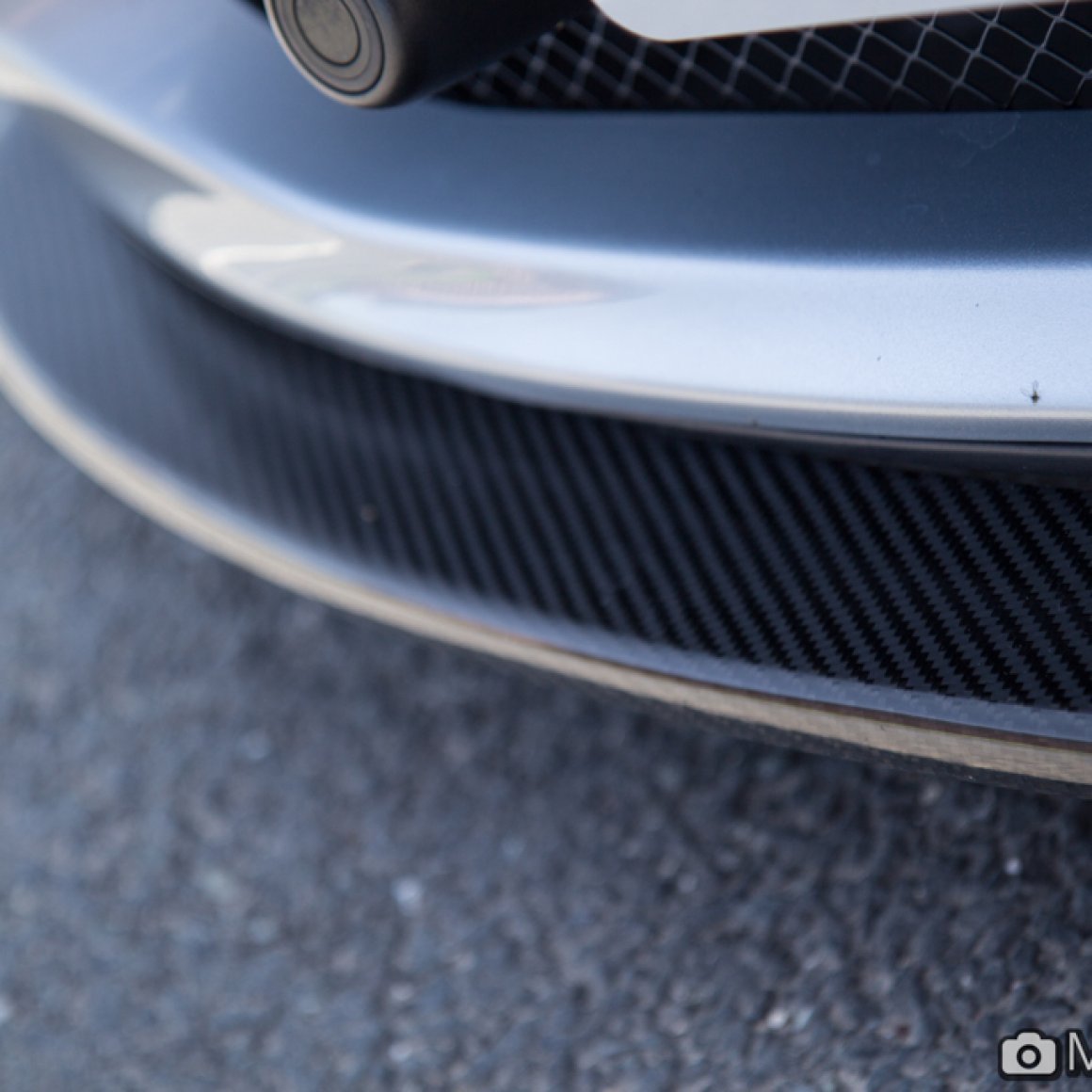 To add to the power it has to have the stopping power which its massive brakes have which site lovely with red callipers all stickered up behind a set of stunning wheels which still amazingly well on the car with a bit of tuck on the front and near on flush fit at the back. There is not much more you can ask this car to be with its perfect OEM+ look, it is definitely the complete package any car could be. 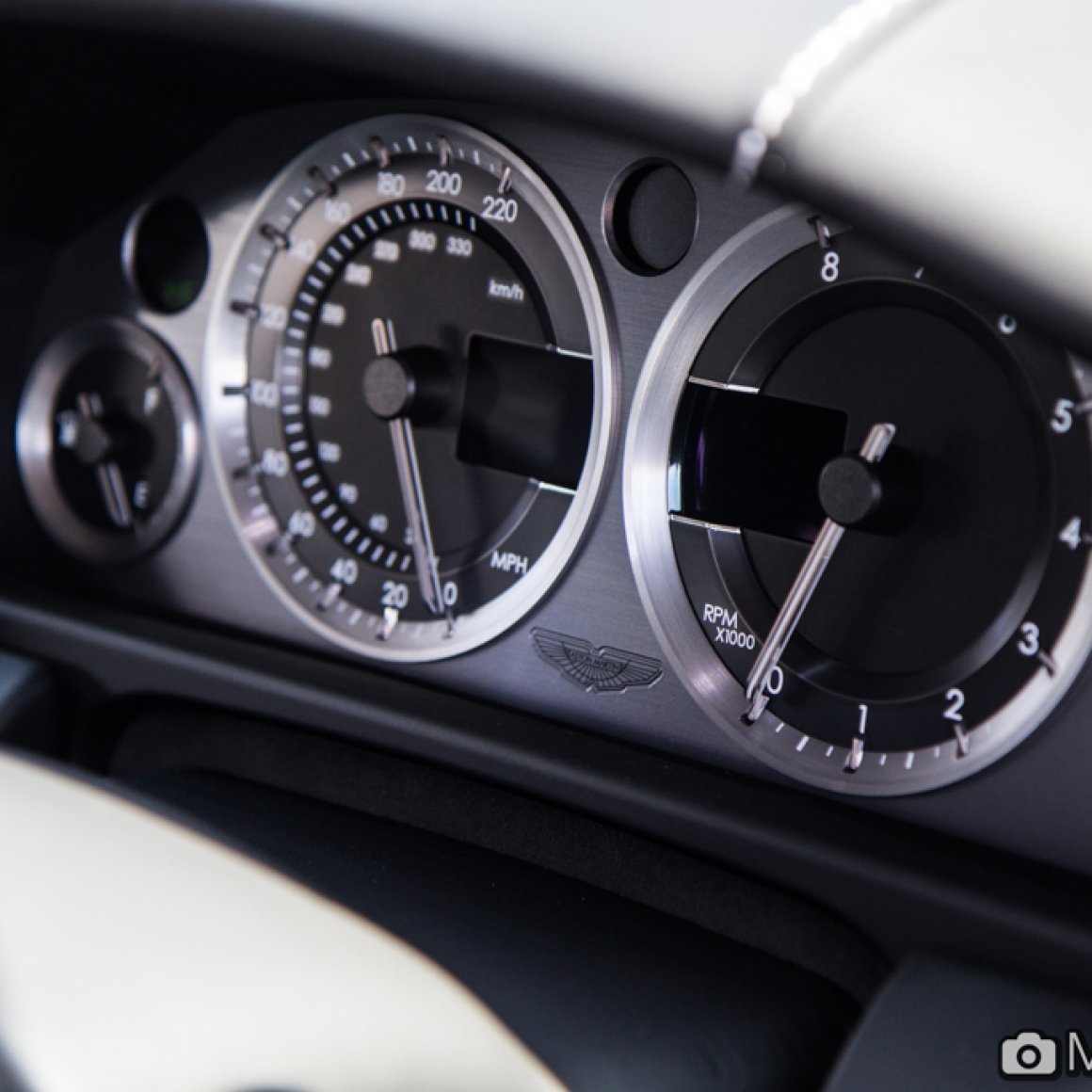 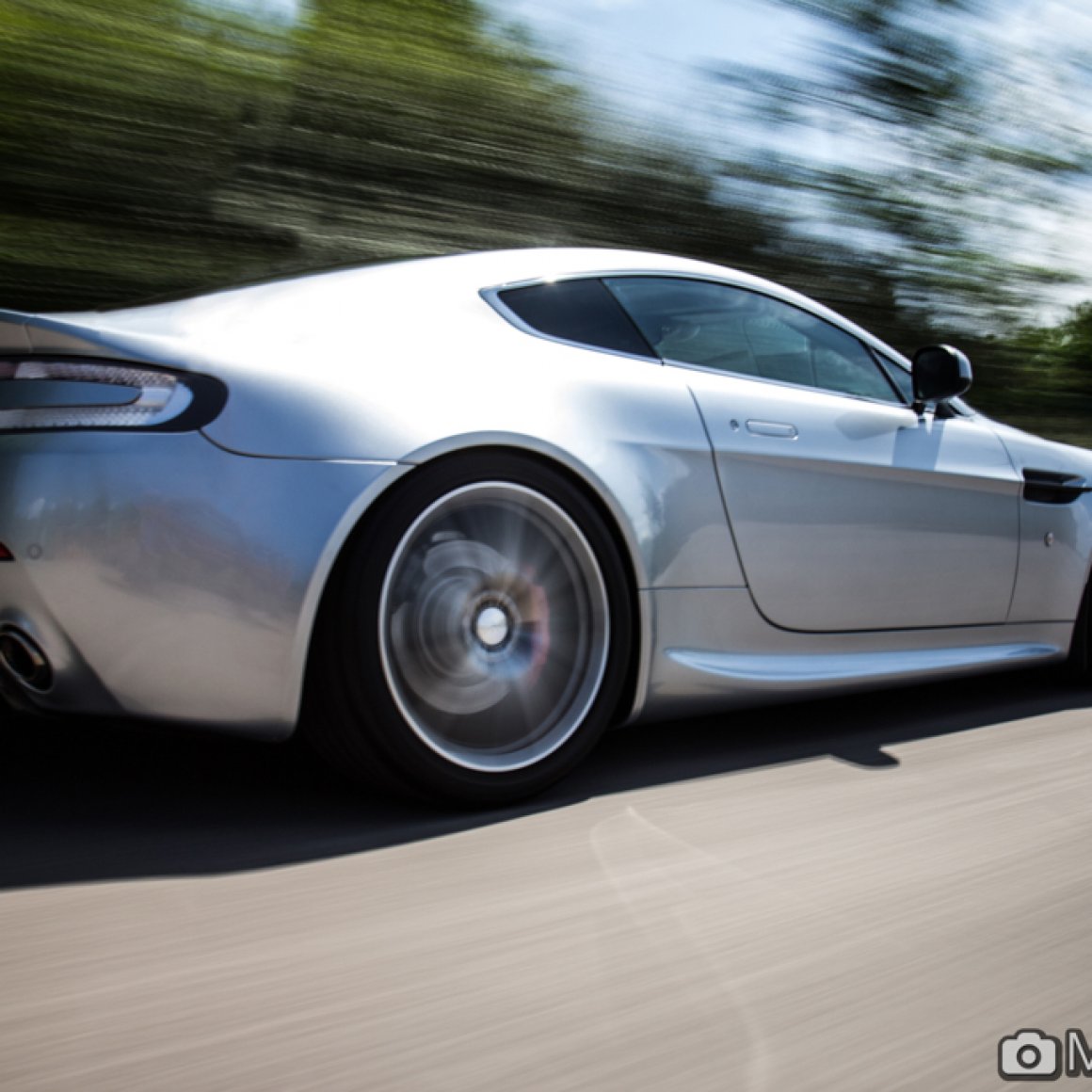