Well I’ve known Adam for some years and his has had BMW’s for many years and over the past 3 years or so he has been drifting with the purpose built drift car but decided it needed more power so at the end of last season he decided to turbo it. And here is the result, and what a result it is, this rough and ready car drives amazingly and sounds even better as you will find out later. 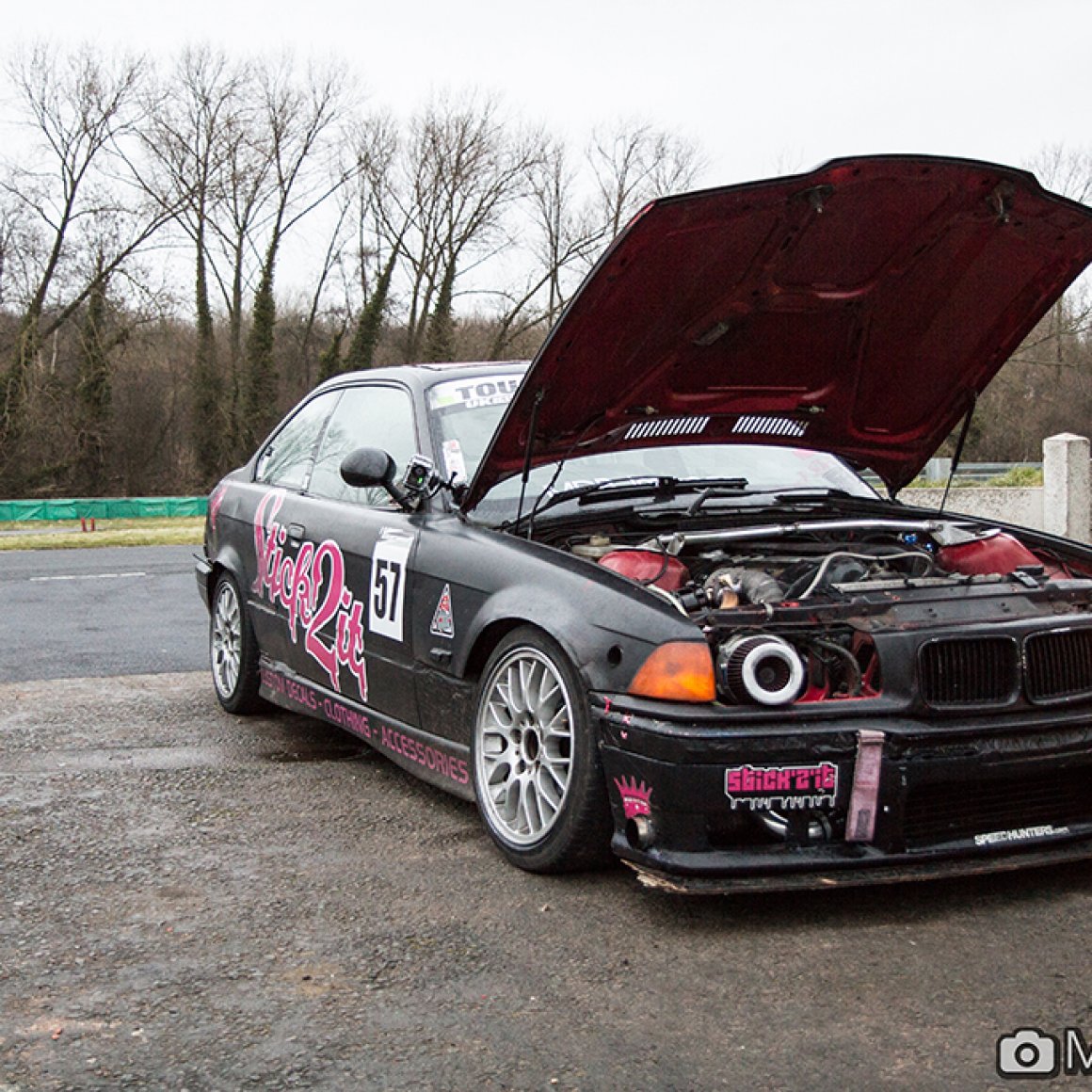 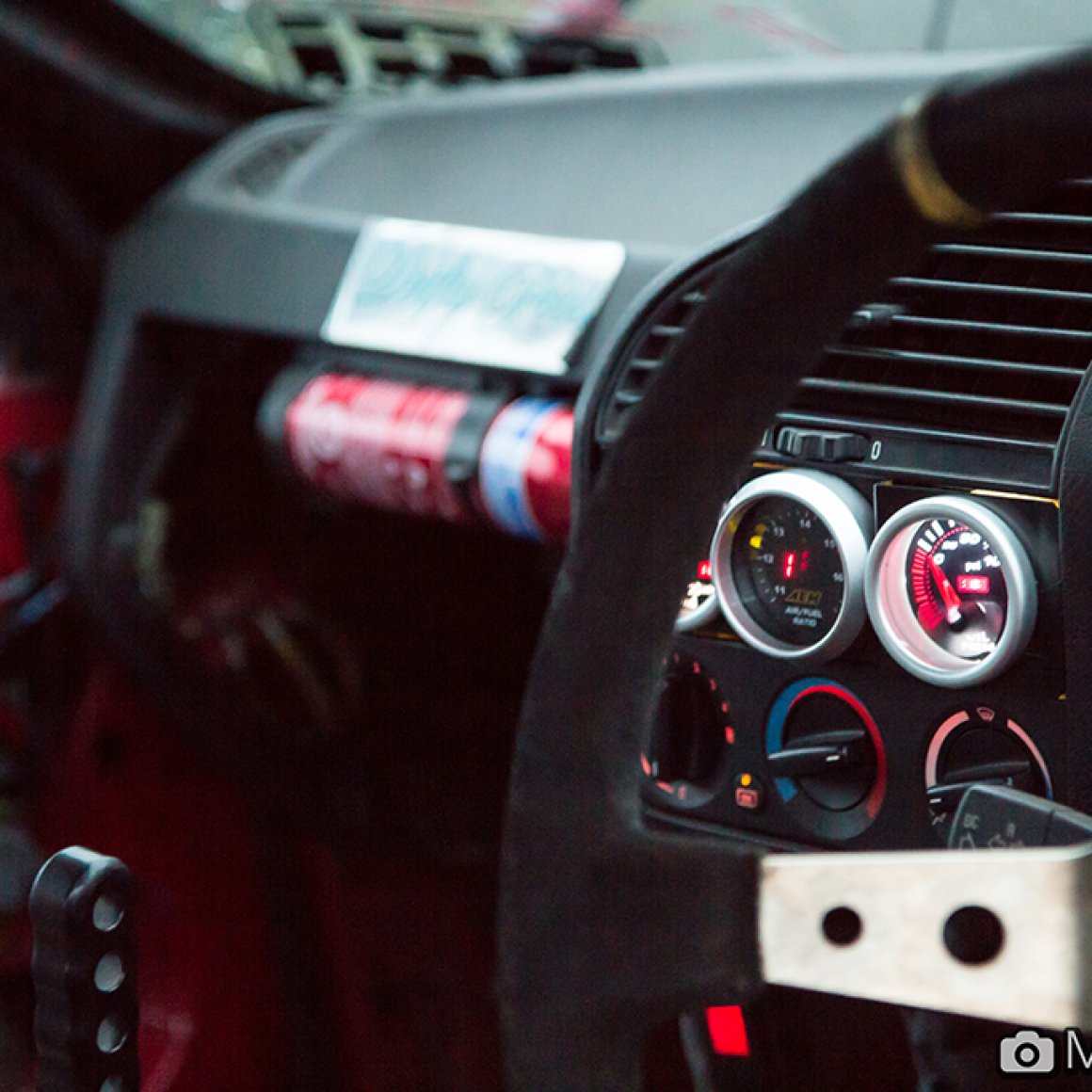 Once the build was finished a few weeks ago I spoke to him about some photos/video and we got talking about testing and a test day so I went ahead and spoke to Curborough Sprint Course who I had previously hired for a photoshoot back in November. After a quick phone call and discussion all the details were sorted and we had got the track exclusively for 4 hours on a Saturday afternoon so off we went. 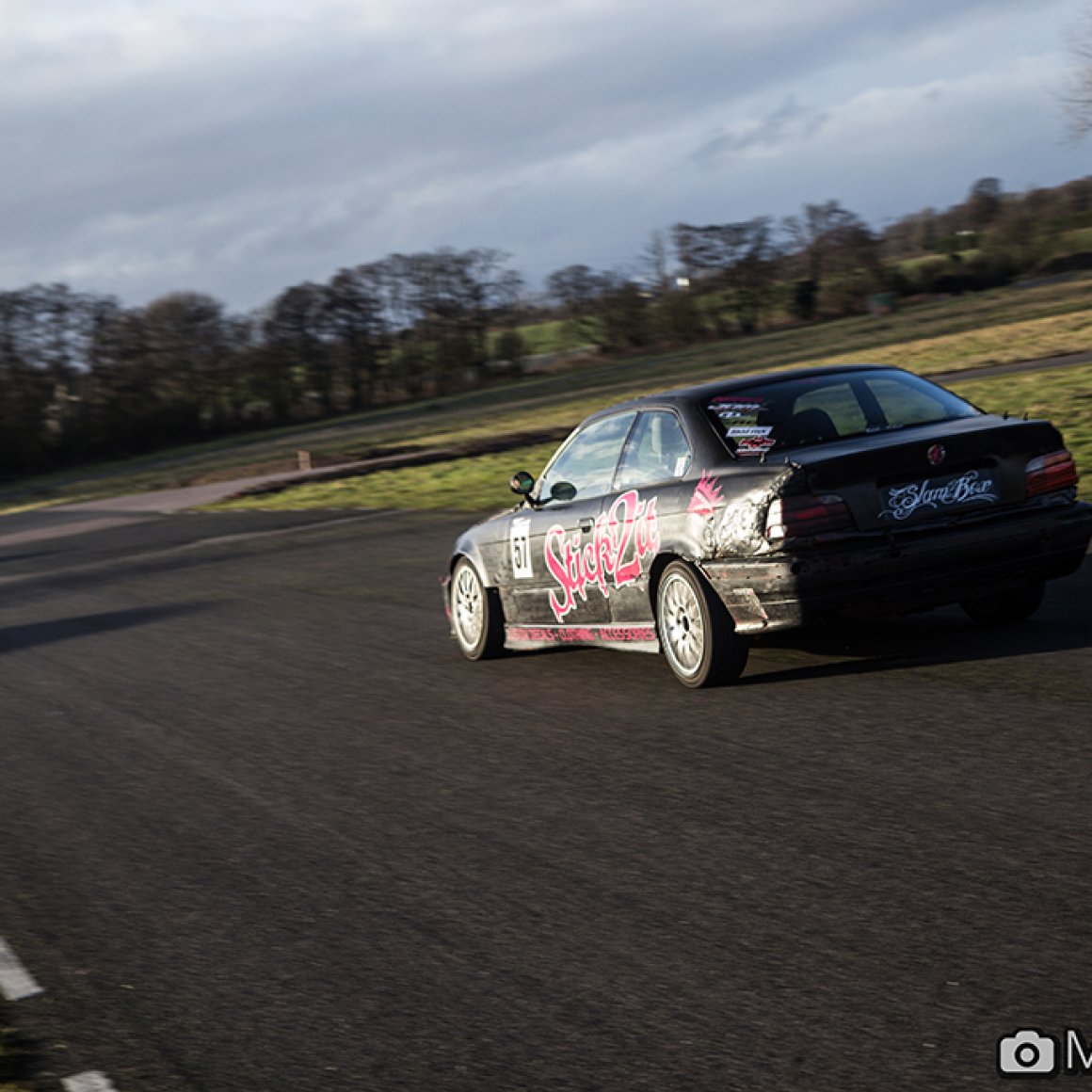 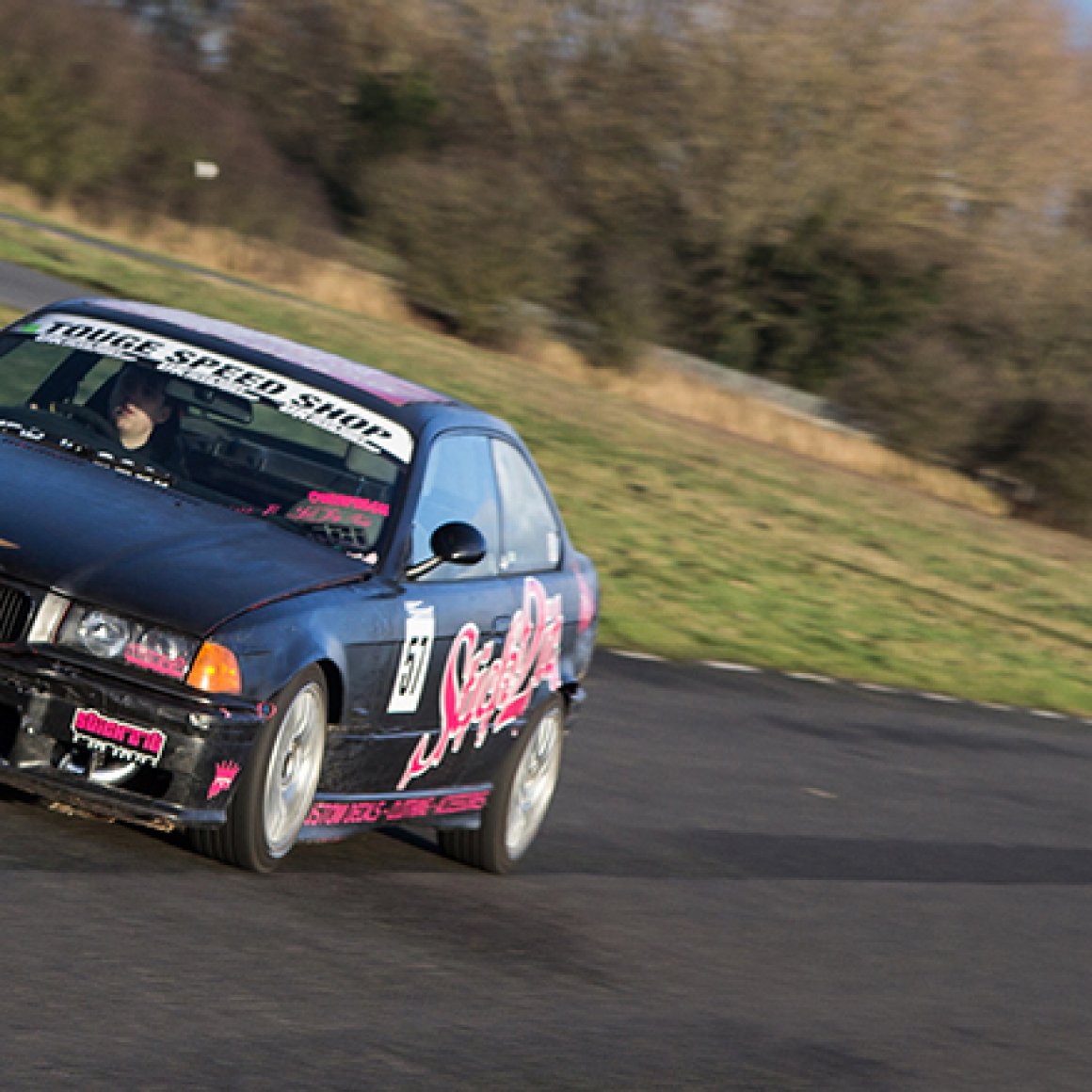 On the day the car was fine for the 1st few laps but then began to play up but then after some new spark plugs, lots more fuel and a few fuelling adjustments away it went, and was fine all afternoon after the first hiccups and took loads of abuse. The more abuse it got the bigger the flames out the screamer pipe were with the set-up of the exhaust straight out the side of the front bumper and the screamer pipe out of the wing and the turbo and filter sitting in the wing. 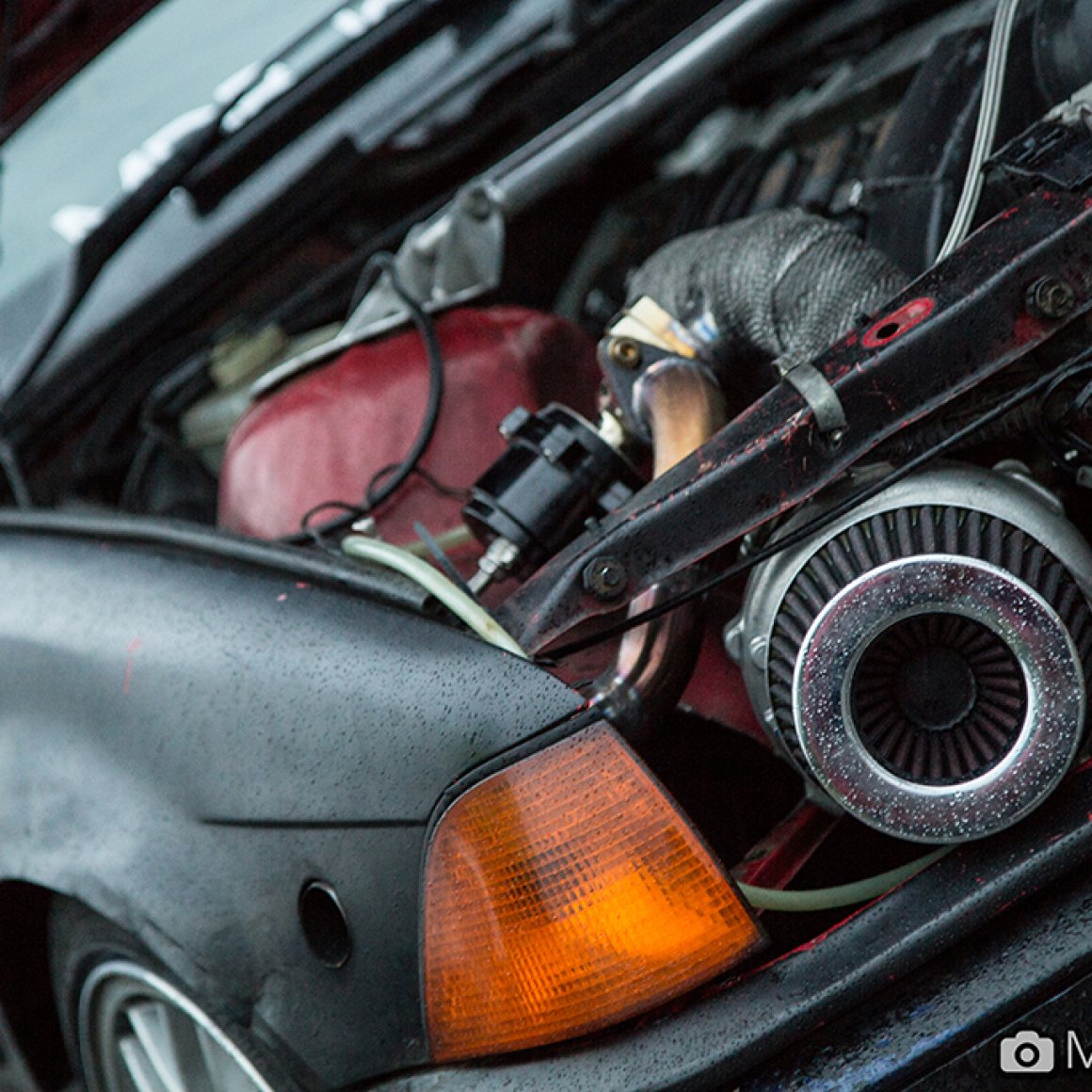 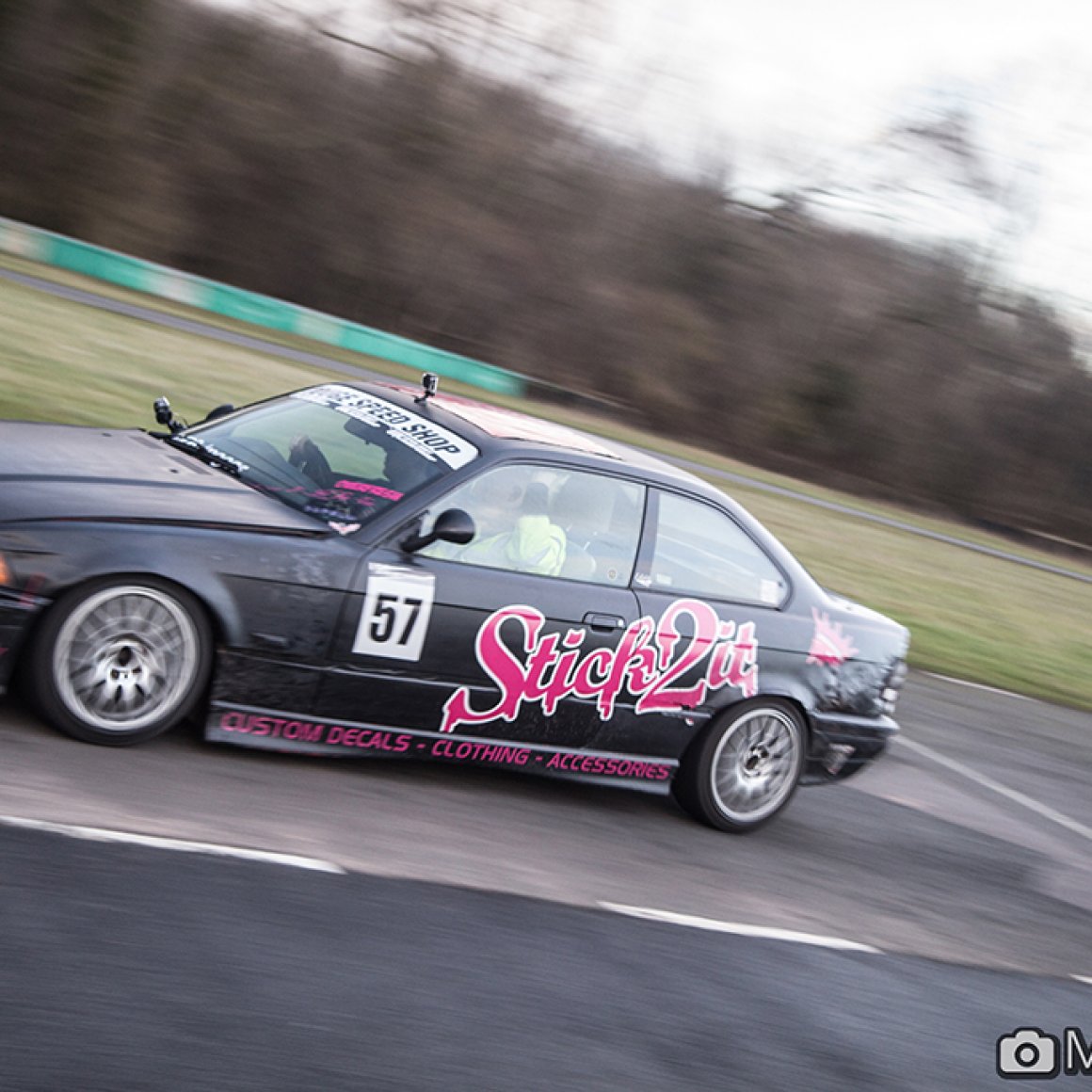 The car pulls amazingly well and had no boost spikes and was super smooth transition from off boost to on with hardly any lag what so ever which will be perfect for drifting and once the track got a bit wet this was shown as begun to get very tail happy but was surprisingly controllable with no issues at all. So 35 litres of fuel and 4 hours later the car was packed back onto the truck and was a complete success and is now tucked up ready for the next drift day.

Here is a small video from the day done on various equipment: